Is She Nuts: A Case For Mental Health

They say “*ndiyahlanya” and I am constantly speaking to myself. It’s okay. As long as I know my mental health is top notch, right?

I sat with the hired shrink and he tried to penetrate into my head. I told him to just sit there with me and tell me about his life.

He said he wanted to help me. I smiled.

His name was Ben, I think. The shrink I mean, his name was Ben. He was handsome and well-built. I bet his abs would wet some place the sun won’t shine.

“This is a safe space,” he always reiterated.

He wanted me to open up and not be scared.

Who said I felt vulnerable? I would always wonder because I loved his small corner office. He called it a “clinic” and always loved to address his clients as “patients”.

I told him I am not sick, “never call me a patient please.”

He laughed the first time I told him so. He said I’m a funny little character and I laughed too. I didn’t want any therapy and I had a choice to not show up. I showed up still for every session.

I showed up just for one reason. His sweet, yet sour, lollipops. Ben had this jar filled with lollipops. At the end of every meeting, he would stretch it to his so-called patients.

So he made me a promise. “Everytime you show up, I’ll give you one magical pop and another one when you leave.” That was two pops for me.

Let me tell you a story.

I found my real self soon after my fifth birthday. I was young, but I was old enough to understand me. Well, that was bad enough for me to be judged. I wad judged by almost everyone around me.

That’s when they started assuming, “ndiyahlanya.”

I had no strength whatsoever to explain my little old mind to the tiny adults. Their reasoning was myopic, and they were hell-bent on misunderstanding me.

There’s this other night. I was sleeping and all of a sudden I woke up and sat on my bed. Next to me was a woman who made me feel like her own daughter. She said she was my friend, so we became friends.

This woman visited me every night. We spoke and laughed until sunrise. During the day I was always tired and wanted to sleep. Then the alarms started rising.

“But she’s always up all night talking to herself,” said my stepmother.

When mother died father married a young woman for himself.

I only realized this later when I was sixteen years old. All my life I called her mother. That was until she told me, “your mother is a ghost, that’s why she only visits you at night.”

Although I knew a lot, I never thought my mother is not my mother. I called her mother because I grew to appreciate her motherly presence in the house. All my life, they never told me the one that carried me slept to never wake.

I saw the fear written on his face. Maybe he was scared of my reaction to the truth. What about the lie I had lived all my life?

He asked me to stay back while he walked to his bedroom. Before long, a huge fight came from the bedroom. Father asked his wife why she had told me about his dead wife. As carefree as she had evolved, she rubbed it in his face. “I’m tired of the lie mahn,” she said.

My given mother exchanged words with my father and I just sat there listening. I switched on the TV and started watching one of my favorite shows.

I wondered if dad would still come back and explain everything to me. Adults.

Moments later, father came back holding an old photo album. It was my first time seeing that one, he must have dug it out of some strange hole.

“Is the fight finished,” I asked.

“I’m sorry baby you had to hear that,” father said with a broken voice. His eyes were red like pepper. His arms were shaking and he couldn’t stand still.

He was confused even more. I told him that it was okay. It is like a normal culture anyways that parents always fight over small issues. I didn’t even understand why they were fighting. Because second mother had told me the truth? Funny world.

“How did you sleep every night carrying this lie,” I asked him.

Then he came to sit beside me. He opened the photo album and my heart almost skipped out of my chest.

“Who’s this,” I said pointing at the woman on the first page.

I was at a loss of words. She was the same woman who kept me up all night through the years. My mother’s ghost was what people called my imaginary friend. I saw her every night and she spoke to me.

I learnt a lot from her. She always helped me with my homework and taught me stuff ahead. She turned me into a philosopher and I loved to read. She gave me an exquisite taste of literature. I grew to love the art and I appreciated it for the best.

People judged me and said I was possessed by my mother’s spirit. She was a linguist when she strode the forsaken earth. Father told me more about her and how cervical cancer got the best of her.

I saw the pain in father’s eyes. Every word he spoke bled from within. Maybe he really loved her. Memories kick differently. Theirs was a sad love story.

I really was not out of my mind. I was having moments with my long deceased mother. Nothing normal to the world, but I grew in it. She was my closest friend, yet a ghost to the world.

I wish she still visited me even now. Alas, the same day I learned of her true identity was the last she visited. That night she came bearing bad news.

I looked at her and stared deep into her eyes. She carried cold tears. Heartbreakingly, she said to me; “now that you know the truth, I have to leave forever.”

My heart broke into tiny fragments and I said nothing for a while. Why should life be such a depressing series of events? Finding my mother only to lose her. “But why mother?” I asked.

I wanted to hold on tight to her, but she started vanishing slowly. She spoke her last painful words and disappeared into thin air. Best of all, she said, “I love you!”

“I love you too mommy,” I said, stretching out my hand towards her. I wanted a chance to love her as a mother, not just a friend.

The nights were never the same without her. I sat up all night hoping she would all of a sudden show up and say my name. I struggled to accept her eternal departure. To me, it felt like she had died yet again.

I miss her everyday and I still talk to her in absentia. Now they say I need professional help, that’s where this so-called shrink comes in. Others even suggested I go see the mighty working prophet.

I’d rather go for the lollipops. People need to mind their own business. Period!

PS: “It is very important to help our loved ones receive mental health resources when they are going through times that would affect their mental and emotional balance.” 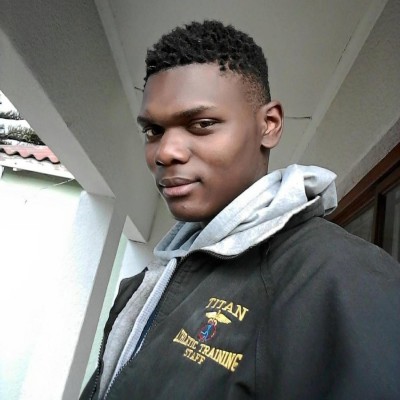 Not All That Glitters From Harare is Gold

Pieces of My Broken Heart

2 thoughts on “Is She Nuts: A Case For Mental Health”

Not All That Glitters From Harare is Gold

Too Good A Song